City and the Sea -:Strange Feeling 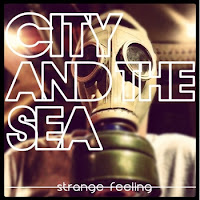 Hamilton based alt rock quartet, City and the Sea, aka CATS( I know, it’s cheeky, right?) have unleashed this new single Strange Feeling. It is the first release in two years after their last effort, Leave A Light On. They are also planning to unleash a new EP, Action Figures in the new year.

This single, Strange Feeling, equips their Rock’ N Roll melodic hooks with a layer of blasting harmonies. I am especially fond of the ending of the tune, where the grungy guitar unison leads to the ending with an overdriven guitar solo. It's a perfect moment to show off your air guitar skill.

They've also released a music video of the song, which was directed by Angelo Cino. In the music video, they've embedded their affection for Sci-Fi fiction. Check it out!
Posted by Unknown