The Weeknd, "The Birds" 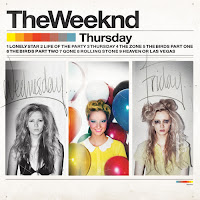 With a nomination for a 2011 Polaris Music Award and the new release of "Thursday", Toronto R&B artist,  The Weekend has been the centre of attention with the media and hardcore indie fans alike.

The buzz is now spreading not only nationally, but also in the same continent.  He just announced the very first U.S show. He is headlining to Vice's annual Upfront Extravaganza on September 15th at Skylight One Hanson in New York. The lineup includes Nick Zinner from Yeah Yeah Yeahs and Black Lips. The Weeknd has performed  only two shows in Toronto in July so far. It would be very interesting to capture any footage from the show.

If you haven't heard of his music, check it out now. His music is nothing similar to that I have ever heard of. Its a sensational combination of R&B music and synth beats. You can download his music for free from the offical website.