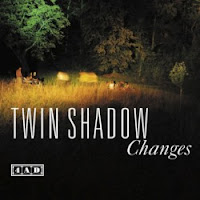 Today's song of the day is Twin Shadow's new cover song "Changes," which is the most blogged song this week on Hype Machine. It is inspired from Bagarre's "Circus Is Gone." It will brighten up your Hump day with a great 80's danceable sounds.


His upcoming record is set to be released early next year via 4AD.