Song of the Day: Austra Darken Her Horse 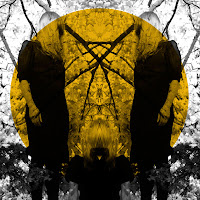 Did you watch or listen to the last night's Polaris Music Prize? Congratulations to Arcade Fire to win one of the most privilege awards in Canada for their third album, "Suburbs."  They now became the very first band, who is recognized from mainstream music industries to indie music nerds after winning the Juno, Grammy, and Brit Awards.

The artist who stole my heart during the show was Toronto indie pop band, Austra. They were nominated in the shortlist for their debut album, "Feel it Break," which was released on May 13th, 2011 via Paper Bag Records. It only took them one album to be acknowledged for their superior music talent and their performance at the show proved it. while taking a number of viewers by surprise. In fact, they are now one of the hottest topic on Twitter.
Austra is on the road right now for their fall tour across the continent. Toronto date is on December 1st at the Phoenix. Don't forget to score your ticket now, otherwise it is going to be sold out.
Today's song of the day is "Darken Her Horse." Enjoy!