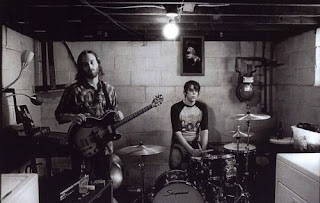 Good morning peeps, and the rest of the world! It's Saturday morning. wow, this week just went by so fast! well, it's a good thing right? coz it's weekend! PARTY TIME.

So this morning, I got up way too early. 7;30 in the Saturday morning. WHY? Didn't I come home late? Wasn't I drinking and feeling intoxicated for a bit with the coolest peeps on the earth? It was a fun night though. Today is gonna be also epic! I'm going to the Jay's game for the first time in this season. ( I know it is a big fail as a Jay's fan, I need to show my commitment a bit more)

So feeling a bit of alcohol in the morning, while trying to see if I have coffee left in the cabinet, I was wondering, what would be the best song to wake up. I usually get up fairly early during the weekdays due to the long commuting ( about one hour) I listen to music on the transit, while trying  to check out what the rest of the world is doing by reading the Metro news paper.

The first artist that I come up with is Jason Mraz. Something that is easy-listening. But for me, it may put me back to sleep. what about Muse,,, it keeps me going for sure... but it is a bit heavy, isn't it? unless I am already waken up with a couple of coffee..so something between Jason Mraz and Muse??

I think it would be The Black keys. I wasn't really aware of this band until I went to see the LCD sound system with a friend of mine and I went over to his place after to check out some music. After listening to their new album, "Brother", I was instantly in love with the groove. sort of like Blues, but it's modern enough to shake lots of people off.

the next day, I had the copy of the new CD for myself and since then, I have been listening to it endlessly.

So here is the song to listen to on Saturday morning. " Next Girl", I'm pretty sure you would love it lol. Also they are coming to Toronto on Aug 3rd and 4th ( I know the tickets for 3rd is already sold out.. better hurry up to get a ticket for 4th)