Hollerado at Mod Club for NXNE 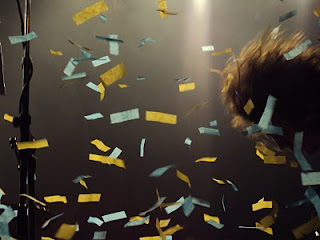 This weekend was amazing! well, I would say this week was epic. Started with a movie night on Tuesday, martini night Wednesday, My graduation convocation on Thursday. And at last, but not the least, NXNE over the weekend.

I saw a quite few bands. Said the Whale, K-os, Sloan, the Soft pack, dd/mm/yyyy, surfer blood, wavves, hot hot heat, the golden dogs. I would say the best performance overall was Hollerado!

I really wanted to see the Hot Hot Heat. I know them since their album, Good night, Good night.. and the new album Future Breed. But i had never seen them. I missed a chance to see them when they were in Toronto for the CMW. so I was so excited about it. so i decided to go there a bit early so that i can be right in the front, which i always do for the venue. 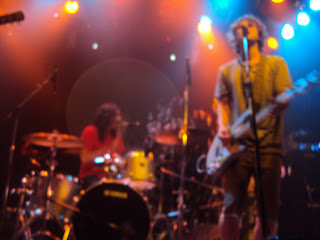 So when I got there, it was right before the second opening band, Hollerado, was about to play. Without knowing anything about the band, I was not expecting anything from them. but the DJ from the Edge pulled out such a funny speech for the band about the packaging for the new album, " record in a bag"

This band is from manotick, Ontario and they have been opened for the Dead Weather last year as Jack White picked them up as their opening band.

I was mind-brew by the band performance. Very fun and powerful. They have lots of catchy songs, which make the crowd just dance! I'm sure I was one of them last night.I especially loved the fact that they band talked about the story regarding each song. so much fun!

I went to pick up the CD at the Sonic Boom today and hells yeah, the CD was in the bag with a whole bunch of stuff. lol They make not only music fun, but also, all the things related to music fun! Two thumbs up and up!

I found the single on YouTube,  "Juliette" I have heard of this song for sure, so maybe you have it as well!