Foxy Shazam announced a new album release in 2012, 'The Church of Rock and Roll' 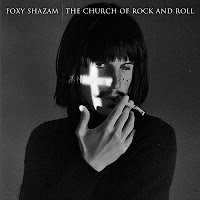 The Cincinnati glam rock band, Foxy Shazam, spent a lot of time on the road this year with their 2010's self-titled album, including Warped tour and opening for Panic! at the Disco. Only these of you who have witnessed their acrobatic, dynamic and mind-blowing stage performance can understand the excitement of this news as the band proclaim themselves as the  "Michael Jordan of Rock N' Roll"
Foxy Shazam announced their third album release on Janualy 24th 2012, called "The Church of Rock and Roll." The trailer of the album is now available. It's such a powerful start of 2012 to have them release a new record!!! Their first single, 'I like it' is now avaiable for free download from their official site. Check it out!!!