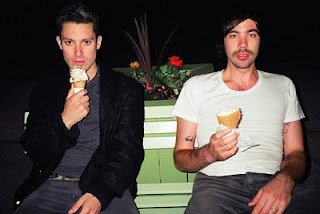 It seems like Sebastien Grainger is keeping himself busy this year by not only performing several reunion gigs with the legendary dance punk rock band, Death Above From 1979, but also producing a remix of Josh Reichmann's "All day Wrong". According to Spinner, they released a new video of the song today. The former Tangiers' frontman is set to release his solo album, "After Live" on May 4th.