Foxy Shazam announced a North American tour with Panic! at the Disco 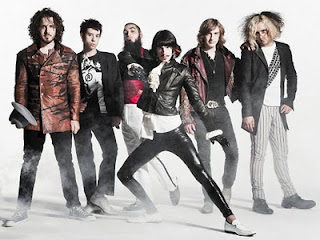 One of my favorite bands, Foxy Shazam, just announced a summer tour with Panic! at the Disco today. Before participating this year's Warped tour,  the glam rock band will fully support the duo for their returning tour. The tour will be kicked off on May 20th in Philadelphia. The Toronto date is set as June 5th, Sunday at the Sound Academy. Don't miss an awesome performance by the quintet!!!

Here is the full list of the tour date: