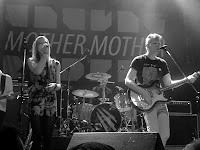 The B.C super pop rock group, Mother Mother, showcased what a real talented musician can do and delivered an amazing night to kick off this year's Canadian music week on March 9th at the Phoenix.

The sold-out show was packed with young crowds, which made me feel so old standing among them. If you tend to underestimate artists due to the way they became so popular among teens, sometimes you can be wrong. Overdriven by a mainstream music outlets, such as Much Music and favored by the younger generation, Mother Mother has gained such strong popularity among these kids. But listen, sometimes, kids are right. 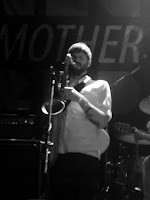 What made their performance so special was their musical gifts and the way they exhibited it on the stage. Started with their hit tunes from the previous album, " O My Heart", the quintet had controlled the audience and brought up the momentum instantly. But it wasn't only the catchy tunes, which made kids entertaining.  It was hard to keep eyes off from the front man, Ryan Guldemond, throughout the performance. His ability to play such delicate, yet lively guitar riffs was nothing but extraordinary. The bassist, Jeremy Page performed a heart-melting saxophone solo, was the centre of the attention during the song. Another thing is that each song they performed was very unique from a quiet acoustic tunes to high-tempo electro songs. 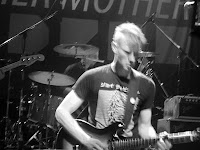 Ended their show with new song, " The Stand" from the new album, "Eureka

", Mother Mother has proved that they are not just a "sell-out" band and they can also pay to an older crowd. The new album is set to be released on March 15th, via Last Gang Records. Don't forget to keep eyes on them!!! Click here to enjoy the free listening of the album via Exclaim!
Posted by Unknown