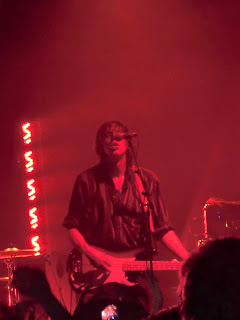 Since the release of 2010's hit album, " Champ", Tokyo Police Club had not come back to their hometown as headliners: They actually played twice with Flaming lips and Phoenix last year. Though it was a great opportunity for the quartet to be opening for such big bands, Toronto fans had been waiting for them to have their own show.
They opened the set with a hit song, "Favorite Colour.", which surprised me as I have always felt this song would be played in the encore due to the energy that the song brings. But as an opening song it set the pace for the rest of the show - igniting a fire in long-waiting fans. They rolled through a great medley of songs from all the albums including Citizens of Tomorrow, Breakneck Speed, Your English is Good, and more. Being overheated in the venue ( I never thought I would sweat so much in the middle of the cold winter), I danced more than all the shows last year because I was just so pumped to see them live. I would say I " jumped" rather than "danced" though. (or I danced as if I was shot in my legs for sure...) 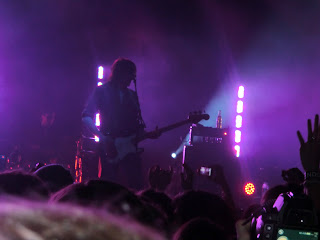 The Encore was nothing but tremendously amazing. Came back shortly on a stage with "Favorite Food" ( Editor note: I definitely thought they would play this song to open for the show just like the album...), the quartet delivered another couple of songs to the fans.  The excitement reached the triumph as they played a song, "Cheer it on". There were crazy mushings and divings going on right up at the front. Then a song,  "Wait Up ( Boots of Danger) completed the night. The humming part of the song echoed the entire venue. I felt goosebumps on my skins just as I was so stroked to be a part of the show. 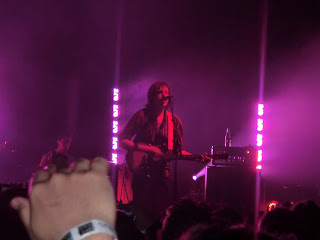 But it wasn't the end of the story: the opening band, Two Door Cinema Club also came back on the stage, and the front man of the Toronto-based band, Dave claimed that they would play a song together and the song was about 10 years old. With such a curiosity, my crew was guessing what would that be. When my ears caught the intro guitar jamming , instantly I went " OMG, OMG,OMG!"- it was "Last Nite" by the Strokes. Dave's voice was perfect for the song and couldn't believe how tight all the nine members from both bands sounded. It was a perfect ending for the show.


Thanks to the world that we live in, I found a YouTube video of the song. Here you go! You get to feel the excitement!


On my way to home on TTC, I heard the hamming of "Wait Up" from everywhere.  It was a perfect show from the beginning to the end to start off live shows in 2011.