The Raveonettes debuted a song for Badman Arkham City 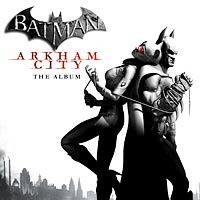 "I will disappear for a month to play this game." -One of my friends passionately exclaimed a few month ago after watching the first trailer for the highly anticipated game, Badman: Arkham City. The game is set to be released on October 18th in North America. However, the game itself is not only the hot topic that people are buzzing about- Warner Bros is also trying to win the game for  its soundtrack, too.

The soundtrack will be released on October 4th via Warner Bros. Interactive Entertainment and Rocksteady Studios., just two weeks prior to the game release. Warner Bros successfully gathered an impressive lineup, including ††† (Crosses), the Duke Spirit, Black Rebal Motorcycle Club, and Raveonettes.
The Swedish gothic pop duo, Raveonettes, has written a song, "Oh, Stranger." Exclusively for the game. Check it out.