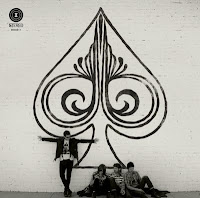 The singer songwriter and well-known producer, Butch Walker, just announced a free streaming of his up-coming album, 'The Spade' via Paste Magazine.
The new record is set to be released on August 30th. You can enjoy it from the below link.
As he exclaimed in his blog post, "It's like Christmas!", I'm very excited for the new coming album and his fall tour. Toronto date is on October 19th at Mod Club Theatre. I will be posting my review of the album shortly. Stay tuned.