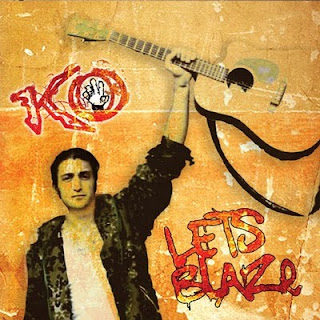 The frequent question on the first dates guys ask me when I mention how much I love music. My answer to the question is always the same.
"Everything... but country and hip hop.... but I like the indie/alternative rock the best."

It's just because it's impossible to list all my favourite bands/artists in 2 mins ( well even though I did, they would not know who they are...) or he may walk away while I am mentioning all of them.. hahaha, not a good idea to be ditched on the first date, right?


So let me put it clear, I am not a big fan of  the     "hip-hop" genre at all. The only album that I have is K-OS's new album, which I cherish for. My impression to the genre is not so great as the mainstream music totally has destroyed the genre, making it to something that is all about $$ and Sex. So this is just me being hippie enough to avoid the trend.

So you may wonder why I am talking about the shit that I don't even like, right? I just bought my second hip-hop album in my life yesterday and I HAD to get it. While digging the best pizzas in town from Gerrard and College, my friend, Mike, mentioned about the artist 2 days ago when my favorite people on the earth got together. He listened to his songs on the Edge and told us about him.
So I was just curious. Whenever people mention any bands/artists, I have to check it out immediately. So the next day, as the first thing in the morning, I started playing the song, "Capable" while I was getting ready to head to work.. Holly molly, I was in love with his music immediately! 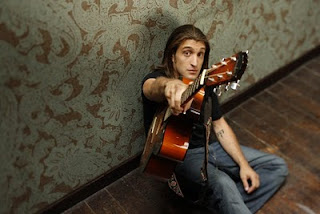 Once I got to work, I downloaded his album, "Let's Blaze". I love it, and love it. I at least listened to it 6 times in row.I especially like "Capable", " Miss U" and " Kurt Cobain". I love the lyrics, especially from the song " Kurt Cobain". It is a bit surprising if you hear the song for the first time, but wows you for sure. I think " Miss U" is such a sweet song with a catchy melody. You have no idea how many times I repeated the song itself. Indeed, it stuck in my head...
The guitar tune is not exactly like "hip hop" style, but very blues, a bit of reggae somewhat every dark, but still encouraging. ummm, just listen, then you know what I mean... I love his strong voice, it reminds me of the lead singer from the Toronto local band, "Johnny Alexander" is this Torontonian things to have such a sexy voice?? then, I am in the right city for sure lol
So Let me talk about KO himself for a bit. he is from Toronto, Greek decent, who was raise in the Queen/Broadview hood. Heavily addicted to drugs when he was younger, around 14 years old. After experienced a number of rehabs in the U.S, he was back to his T.dot hood again. Then, started writing songs about the hometown.. Interestingly, he describes himself as "folk musician" I guess I can see that from his music. if you wanna read more in details, please check out his official website, http://www.ko-nation.com/
KO is playing at the Mod club on July 9th and I and some of my friends are definitely in. If you like the songs that I posted here on my blog, please check it out!
KO "Capable"
KO "Miss U"