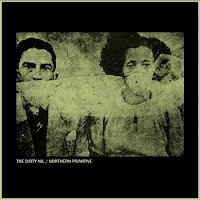 Unstoppable Hamilton rock young guns, The Dirty Nil are ready to wow the world with the new release in 2013, Zombie Eyed. This time, they've collaborated with fellow rockers, Northern Primitive to release a split 7" single and it is now available for a free download the first month via Bandcamp

The two bands share little ground in their musical style: the Dirty Nil crafts grungy rock n roll tunes filled with distorted guitar slashes and loud shout outs, whereas Northern Primitive savor the sound of a rather quiet echo in the silence that evolves form their psychedelic sounds from the minimum to its full bloom. Despite the difference in their music style, one thing that kept my attention was their perfection in the core melody. They are eurhythmic regardless of its volume, which left me at the vertex of excitement.

Southern souls recently put together a video for their performance from both bands, check it out.

The Dirty Nil are performing at Horseshoe Tavern on February 1st