Zeus Anything You Want Dear 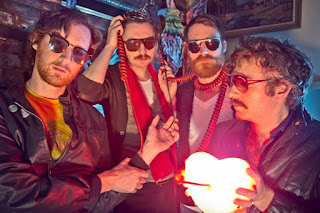 Toronto rock band Zeus unveiled another song prior to the album release, which is set for March 24th.  'Anything You Want Dear' from their upcoming album, Busting Visions, was released exclusively through Rolling Stone Magazine yesterday. Have you checked it out?


The second sneak-peak from the album is a song that represents what the four-piece can deliver through melodical harmonies and up-tempo tunes.
Click here to get your copy of Anything You Want Dear.
Posted by Unknown